SOLSTICE SUNRISE FROM THE SEA 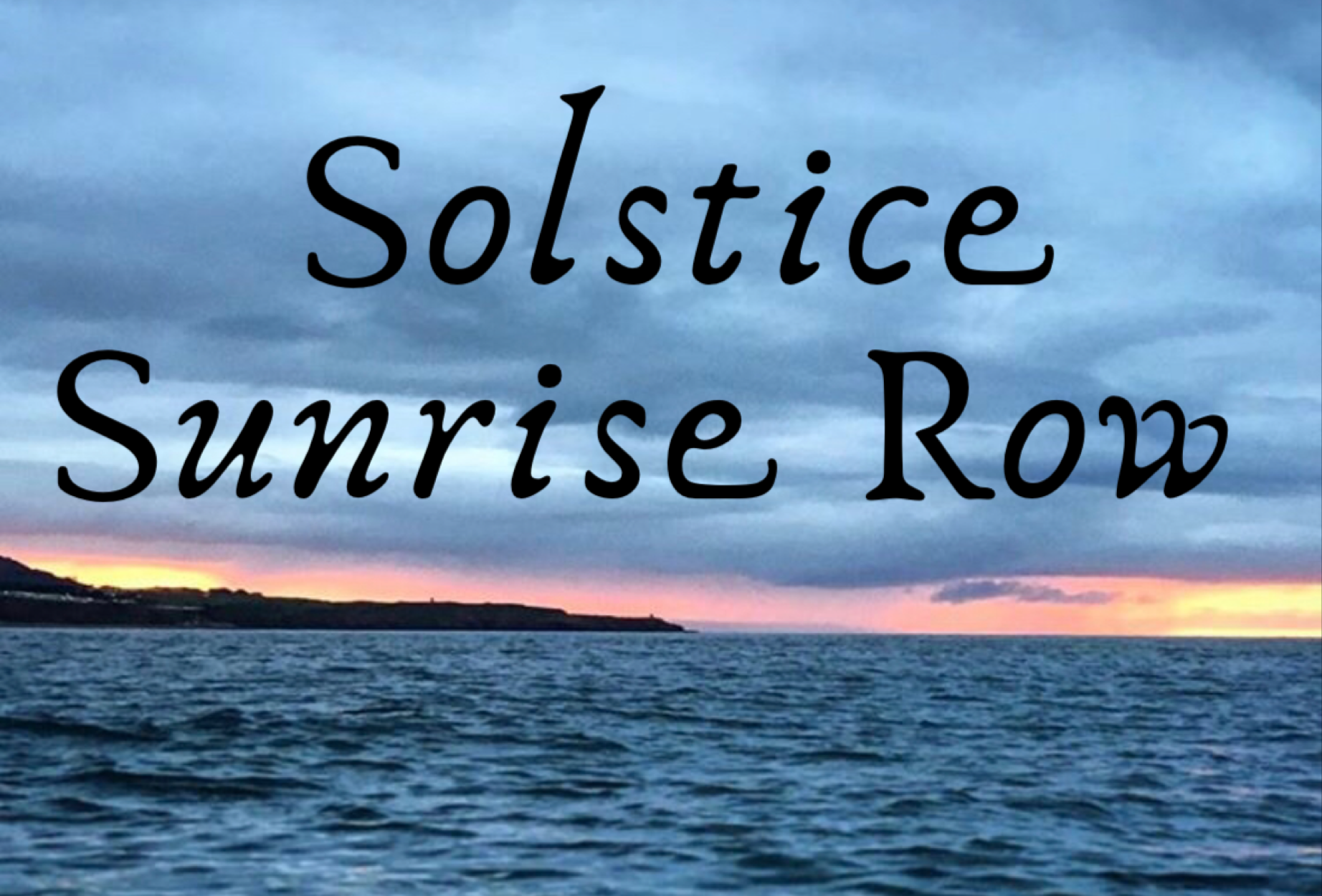 A UNIQUE AND SPECIAL EXPERIENCE

14 members of the Club rose at 2.45 in the morning and headed down to their boats on Shelley Beach.

The purpose of their early rise ? To row out on the open sea to witness the Solstice Sunrise.

Working quietly and in the pre-dawn half-light, the crews launched their two boats, ‘Avocet’ & ‘Rodney Bey’. They rowed their way slowly past the moored boats off Belshers Slipway & Pirate Cove. in to the Open Channel by the Harbour entrance.

Avocet Coxswain, Karen Mossman said “Getting out on the water demanded more concentration than on a daylight row. The crews responded brilliantly to directions given and I am pleased to say both boats picked their way out safely through the buoys and moored boats”

As the morning light increased the crews rowed on the calm seas out beyond the Clock Tower, The Ocean and the Lifeboat Station.

The weather, although slightly cloudy, promised the rowers a good sighting of the 5.00 a.m. sunrise.

Arriving at the Fairway Buoy, the crews were able to give a hearty rendition of ‘Happy Birthday’ to rower and Club Founder, Carrie Atkinson, whose birthday coincided with the row.

A cup of Bucks Fizz was enjoyed by all rowers, as they watched the sun appear over Orcombe Point.

David Lomas, the Coxswain on ‘Rodney Bey’, said “It was a very special experience. There was a stillness we don’t usually experience. To watch the sun rise from the position we had on the water, was exceptional and unforgettable.”

A passing shower of rain failed to dampen the rower’s enthusiasm, but it did herald time to head back to shore as the clouds blotted out the rising sun.

The incoming tide and lack of strong winds, made for a speedy, but nonetheless peaceful, row back to shore

All the rowers agreed their early start was well worth it, as they felt they had had a very special experience.

The Vice-Chairman of the Club, Graham Deasy, who organised the row, was delighted that the crews and coxswains enjoyed their morning. He said “We are always watching the weather and sea-state, but this morning everything was in our favour. The row out to watch the Solstice sunrise was a remarkable experience. It was the first time the Club had undertaken this venture, but already others are asking us to arrange the row again, next year.

The Gig Club now move on to their Regatta on Saturday 29th June, when they host twelve other rowing clubs. Based on the Beach at Exmouth, the Clubs race each other over a sea-course but finish in the channel near the Life Boat Station.