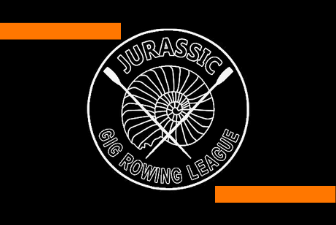 We were invited to a Jurassic Club Zoom meeting, to discuss the proposed CPGA Business Plan. It was felt that discussing the issues with our closest neighbours would potentially be useful for us all.  The meeting was requested and hosted by Bridport Gig Club on Thursday 25th February.

Lyme: Heather Prior and Tony Colston (Chair of Trustees)

Weymouth and Poole to be included in any correspondence and urged to join next meeting.

The £30 fee to be paid by all individuals, in addition to their own Clubs membership fee. This fee has to be paid in order to row.

People felt the £30 was potentially divisive depending on the make up of the individual club, whether they were more focussed on racing and competition or offering a balance of competition and social rowing. A further point was made about the age profile of clubs, with many noting majority membership in age ranges 40+. Some Clubs would consider withdrawing from the CPGA. Several felt that the CPGA provided little added value, although recognised its part in supporting the sport and the development of policies and requirements around Clubs and the boats.

Need for a strategy

Everyone accepted that the present arrangements need to change given the growth in existing and new clubs almost nationally. The current Trustees are volunteers and only 7 in number-having recently increased by two. Generally everyone agreed to a regional structure, but at present felt there was insufficient detail about how this structure would work, with decision making, funding and responsibility.

Most felt the timing of this exercise was poor, given the pandemic and  noting some Clubs had not been on the water or very little since March 2020. Others had seen and expected to see a further decline in membership. Several noted the likely change in age profile and the fact that many could not attract younger members. All welcomed the push back to June 2021 currently proposed by CPGA for a decision but whilst release from lockdown was on the cards the detail wasn’t clear. Generally it was agreed that with such a significant change being proposed it required face to face engagement with Club members and individual Club EGMs to support or otherwise the changes sought.

Lyme Regis Gig Club have offered to draw a document together for the Jurassic League members, identifying specific issues, with clarification and responses to be sought from CPGA. Proposals may be put forward in that document as to how a new strategy may be implemented, but will be circulated to all Jurassic league members for sign off. This is a positive approach and endorsed by those at the meeting.

The next meeting is planned for post March 16th which is the date of the Jurassic League clubs meeting. The Agenda and any information will be uploaded to the message board for members to comment or ask questions.