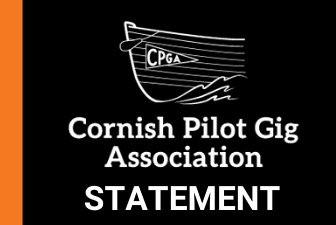 The CPGA Committee has reflected on the feedback provided by clubs and individuals during the valuable consultation activities that took place during the Spring. Whilst the aims of the strategy remain broadly unchanged we have amended the membership model previously proposed. The changes mean that some of the aspirations outlined in the strategy will take longer to achieve and some planned activities will not be achievable within five years. Some of the posts previously outlined will not be supported by the new proposed model. Nonetheless the new model will secure the sport for the future and this is our priority.

We drew on the feedback from individuals and clubs to create a strategy that gets important things done. 46.8% of our community survey respondents (1000 people participated) were willing to pay an individual membership of £30. Comments from many individuals and also club representatives stated that they did want to see changes to the way the sport was run and delivered. We are committed to developing a strategy that honours their aspirations.

Equally though, we considered the views of those who had concerns about the ambitious nature of the strategy. 38.9% of our community survey respondents were not willing to pay an individual membership of £30. Some of these, along with club representatives, were worried that the plans outlined were ‘too much, too soon’. They also had concerns about the affordability of the sport for social rowers and more casual participants, particularly in light of membership uncertainties due to the covid pandemic. We are committed to ensuring that the revised strategy addresses these concerns.

The comments section of the community survey proved a striking reminder that members of our rowing community hold a diverse range of aspirations and opinions about the future of gig rowing. Despite differing views, many agreed that the CPGA cannot stand still at a time of continuing growth for the sport. The aim of this consultation is to work with our community to create a strategy that balances these contrasting aspirations and ensure that gig rowing is secured for our communities to enjoy both now and for generations to come.

The revised proposals are being circulated to clubs and shared with the wider membership. Your club representative is invited to attend a whole sport session via Zoom on Wednesday 8th September at 7.30pm to ask questions and share feedback on your behalf. After this event it is our intention to draw on the questions and feedback to shape up proposals for a membership vote at an EGM via Zoom to be held on October 17th.

We encourage all clubs to consider how they will facilitate the engagement of club committees and their wider membership with these proposals prior to the EGM. We remind you that the club member selected to represent the club at the EGM should be given a clear mandate to vote on behalf on their club. Votes will be collected during the EGM.

Both of the following proposals are being put forward for your consideration. The activities outlined in each proposal are based upon the acceptance of both proposals by the membership.

Proposal 1) Club membership to change from a flat rate on £200 per club to £5 per active member*.

This proposal addresses the following feedback from our rowing community:

– some small clubs will pay less than they do now

How will it work?

*Non-active members will not be charged for instance, non-gigrowers in multi-sport clubs and in-active life members.

The income from the Club Membership will be used to cover core costs which include: insurance, legal, data protection, venue hire (AGM) etc.
The income will also be used to recruit and employ an administrator to deliver the core activities of the CPGA.

Proposal 2) The introduction of an individual membership required for all competitors in participants of CPGA endorsed championship events*.

This proposal addresses the following feedback from our rowing community:

– individual membership is not compulsory for all

– only those who participate more in competition events need to become individual members.

How will it work?

The income from the Individual Membership will be used to cover activity costs which include travel and venues to operate the new regional structures, on-water championship provision, external safety and welfare, staff and volunteer expenses.
The income will also be used to recruit and employ a Manager who will oversee the organisation and secure the future of the sport. Also, a part-time Club Support Officer (once target individual membership numbers are met) will be recruited and employed to support clubs with safety, welfare, coaching, coxswaining, competition and other areas of club operations.